a new play by Karen Malpede

translated from American English into German by Henning Bochert

In the wake of the climate apocalypse,
four rebels enact a daring plan
to give birth to something new –
to beings other than we.

Info sheet OTHER THAN WEDownload

Obstetrician Michelle and neuroscientist Eve are among the privileged to live unter “the Dome”, the only place on the otherwise uninhabitible planet where life is possible, albeit only for a chosen few – and under gruesome conditions. The human species being endangered, women have become birth machines. Life declared unfit is instantly made into food. Together with Tanaka – who came from “far from here” and was only admitted to measure the radiation in his bones – the women develop a method to prenatally create cortical connections to facilitate the leap to a higher evolutionary level on which “heart and mind” are connected and made one. With Opa, Eve’s grandfather, they escape the Dome and, in nature struggling to regain its balance, they sacrifice themselves to give birth to these creatures of a new, higher species and thus literally save the future.

Her characters are strong and fascinating, her contexts brilliant and horrifying, and her tone always warm and, in the end, loving.

A utopian vision for a reconfigured race that will be “Other Than We” – hybrid creatures, human/non-human that will adapt and sustain themselves in the treacherous territory outside of The Dome. Malpede uses image-rich language and striking stage pictures to transmit an urgent call for global unity, imagination, transformation, and action.

Simultaneously unsettling, surreal and hopeful . . . a post-apocalyptic scenario in which survivors have a chance to remake the world . . . a grand vision, born of catastrophe, but with the possibility of triumph.

It questions the origins of consciousness and thrives on the thrill of creating a better human species . . . Can the quartet of fugitives accomplish their outlandish goal?

For decades, and after 19 plays, the US American eco-feminist Karen Malpede is a renowned playwright/director in US theatre. In 1995, together with her partner and actor George Bartenieff, she founded the Theater Three Collaborative to be able to produce plays that would otherwise not be produced because of their social justice themes. Her most recent play Extreme Whether for example shows how scientists desperately fight for telling the truth about climate change against the oil industry’s resistance, while her earlier play Another Life deals with the U. S. torture program. In her entire work, she deals with social-political aspects, feminism, climate, and environment. She teaches at the John Jay College of Criminal Justice (New York City).

In the introduction for the reader after the Theaterformen Festival 2018, entitled POSTKOLONIALE VERSTRICKUNGEN, festival director Martine Dennewald writes: “This present documentation is meant to be a thank you to all contributors (…)”.

Translations for the festival blog, the website, the programme booklet in the languages Arabic, English, French, German, Portuguese, Macedonian, and also for this reader, were accomplished by Bochert Translations.

Since last year’s edition, the international theater festival Theaterformen runs a blog with an editorial team of its own to accompany the festival with thematic and critical contributions. The articles are composed, among other languages, in German, Arabic, or French.

The translations into and from these languages are provided by Bochert Translations.

The international festival Theaterformen alternates annually between the cities of Braunschweig and Hannover. This year, the festival collaborates with the Kinani Festival in Maputo, Mosambique, as well as with the National Arts Festival Grahamstown, South Africa. Navigate here for the festival programm.

The translations of the web contents and the programme booklet into English have been accomplished by Bochert Translations. 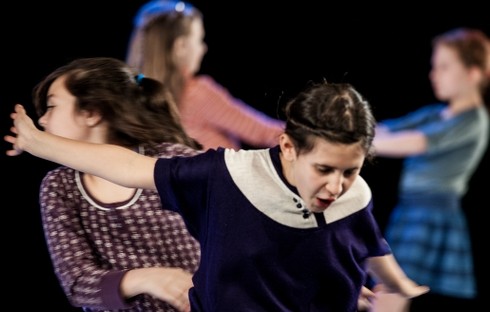